Daisy Director Professor Christian S. Jensen has been named Fellow of the ACM for contributions to temporal and spatio-temporal data management.

His research focuses on the management of data that are temporal, spatial, and spatiotemporal. The availability of increasing volumes of such data is brought about by several trends, including the following: increasingly ubiquitous wireless communications; the growing deployment of sensors, including location sensors such as GPS and Galileo; increased data storage capacities and communication bandwidths; and general improvement in the performance/price ratio. Within this area, his research covers conceptual and logical data modeling; data models and query languages; query processing and optimization frameworks; transaction support; and indexing and query processing. 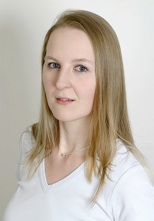 Katja Hose gets prestigious grant for young female researchers. DFF-YDUN is a special program funded by the Danish Council for Independent Research […]

The long-running collaboration between Daisy and Danish BI vendor TARGIT has yielded significant results both commercially and academically. On December 6, 2010, […]

Associate and assistant professor positions available at Daisy In the Department of Computer Science at Aalborg University, Denmark, a number of assistant […]