Professor Christian S. Jensen has been elected Fellow of the IEEE for contributions to temporal, spatio-temporal, and mobile data management.

His research focuses on the management of data that are temporal, spatial, and spatiotemporal. The availability of increasing volumes of such data is brought about by several trends, including the following: increasingly ubiquitous wireless communications; the growing deployment of sensors, including location sensors such as GPS and Galileo; increased data storage capacities and communication bandwidths; and general improvement in the performance/price ratio. Within this area, his research covers conceptual and logical data modeling; data models and query languages; query processing and optimization frameworks; transaction support; and indexing and query processing.

The IEEE Fellow Program: The grade of Fellow recognizes unusual distinction in the profession and is conferred upon a person with an extraordinary record of accomplishments. The accomplishments that are being honored have contributed importantly to the advancement or application of engineering, science and technology, bringing the realization of significant value to society. 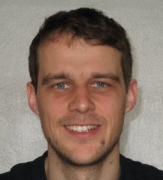 In partial fulfillment of the terms for obtaining the Ph.D. degree, Nikolaus Augsten will give a lecture on the following subject: “Approximate […]

The book “Multidimensional Databases and Data Warehousing” by Christian S. Jensen, Torben Bach Pedersen, and Christian Thomsen has been published by Morgan […]

The In Motion magazine of the Mobile Systems network puts focus on Streamspin. The article, in Danish, can be found on pages […]