Abstract:
Observation and analysis of a phenomenon at unprecedented levels of granularity not only furthers our understanding of it, but also transforms the way it is studied. For instance, invention of gene-sequencing and computational analysis transformed the life sciences, creating fields of inquiry such as genomics, proteomics, etc. With the mass adoption of the Internet in our daily lives, and the ability to capture high resolution data on its use, we are at the threshold of a fundamental shift not only in our understanding of the social and behavioral sciences, but also the ways in which we study them. Massively multiplayer online games and virtual worlds have become increasingly popular and have communities comprising millions. They serve as unprecedented sites to theorize and empirically model the social and behavioral dynamics of individuals, groups, and networks within large communities.

This talk presents initial findings from a major interdisciplinary project investigating these phenomena. A unique resource available to the research team is access to the server logs including all behavioral traces (actions, interactions, and transactions) from one of the world’s largest Massively Multiplayer Online (MMO) games, EverQuest 2. The talk will describe how this research offers new insights as well as challenges and opportunities for advancing social, behavioral and computational science.

Jaideep Srivastava is a professor at the University of Minnesota, where he has established and led a research laboratory which conducts research in the information and knowledge aspects of computing. He has supervised 24 Ph.D. dissertations and 50 M.S. theses, and authored or co-authored over 200 papers in refereed journals and conferences. Dr Srivastava have served on the editorial boards of various journals, including IEEE TPDS, IEEE TKDE, and the VLDB journal. He has also served as Program and Conference Chair for a number of prominent conferences, especially in the area of data mining, and is on the Steering Committee for the PAKDD series of conferences. He has delivered a number of keynote addresses, plenary talks, and invited tutorials at major conferences.

Dr Srivastava has a very active interaction with the industry, in both consulting and executive roles. Specifically, during a 2-year sabbatical during 1999-2001, he lead a corporate data mining team at Amazon.com and built a data analytics department at Yodlee from the ground up. More recently, he spent two years as the Chief Technology Officer for Persistent Systems, where he built an R&D division and oversaw the redesign of the training and technical vitalization program for 2,200+ engineers. He has provided technology and technology strategy advice to a number of large corporations including Cargill, United Technologies, IBM, Honeywell, 3M, and Eaton. He has served in an advisory capacity to a number of small companies, including Lancet Software and Infobionics. Dr Srivastava has also played an active advisory role in the government sector. Specifically, he has served as the US federal government’s expert witness in a nationally significant tax case. He is presently serving as Senior Technology Advisor to the State of Minnesota, and is on the Technology Advisory Council to the Chief Minister of Maharashtra, India. He is a Fellow of the IEEE, and has been an IEEE Distinguished Visitor. 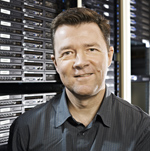 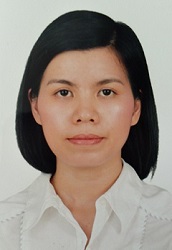 Nguyen Thi Thao Ho has joined DAISY as an international postdoc under the supervision of Prof. Torben Bach Pedersen since June 2017. […]